Antifreeze use and precautions 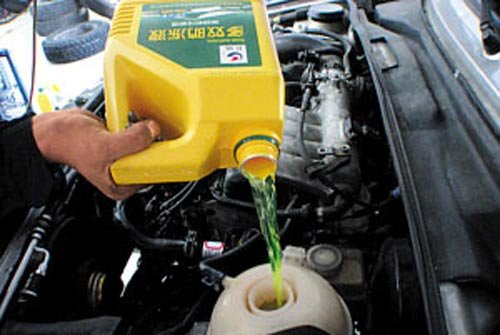 The effective period of antifreeze is generally two years, and there may be a few individual times longer. When changing, pay attention to the effective period of antifreeze. When adding new antifreeze, put the old antifreeze first, clean it, and add the antifreeze. Xiao Bian does not recommend the use of antifreeze when it is mixed with water. After the water is mixed, it may precipitate, which will affect the normal use of antifreeze. After consulting with the manufacturer, some antifreeze can be used with water, but not too much. Of course, when adding, do not use tap water or mineral water directly. There are too many sodium and magnesium ions and impurities in these waters. We should use distilled water. Antifreeze must be used in all seasons, not just in summer.

If you notice a small amount of precipitate after the antifreeze has been used for a while, don't worry. However, a large amount of precipitation occurs, indicating that the antifreeze has expired and cannot be used for replacement. Antifreeze We are best to use high quality, high quality antifreeze should be clear and transparent appearance, and eye-catching color, no odor, and some poor quality antifreeze does not have antifreeze and prevent pan function, and some antifreeze although the freezing point and boiling point Qualified, but inherently corrosive. This will corrode the tanks and pipes of power engineering vehicles .

In addition, there are many antifreezes currently on the market. If it is a small amount of supplements, antifreeze of the same color of different brands can be used. If the colors are different, do not mix them. The chemical composition of the antifreeze is not the same. After mixing, chemical reactions may occur, destroying the original nature of the antifreeze, and in serious cases, it may lead to corrosion of the water tank, clogging, leakage of liquid, and failure of the water pump.