With the opening of the 2009 Shanghai International Auto Show, the European-Italian engine company "Euro V" emission standard 1.5L-3.0L full range of engines, as well as the use of electronically controlled shift system of high-performance 4-speed and 6-speed automatic The transmission entered the sight of the people and became a major scientific and technological highlight in this auto show.

For a long time, most of the key technologies of the powertrain were in the hands of joint ventures or foreign companies. In recent years, with the promulgation and implementation of the National Automobile Industry Revitalization Plan, the realization of the autonomy of engine core components such as engines and transmissions has become one of the top priorities for the development of the Chinese national automobile industry.

As the core part of the automobile powertrain, the engine is the key to the competitive value of auto companies, and the EU's announcement of the Euro V emission standards for diesel engine vehicles has pushed the environmental protection and high performance of diesel engines into the industry. At the same time, with the automatic transmission becoming the current trend in the development of the international automotive market, the status quo of almost all of the automatic transmissions carried by domestic vehicles relying on foreign imports also needs to be changed.

It is against this background that Euro-Idetech Engine Co., Ltd. has developed a dual-pronged approach to the development of an efficient, clean diesel engine and high-performance transmission. By actively cooperating with world-class automobile core component manufacturers, Euro-Idetec Engine Company makes full use of international resources, integrates world advanced technology, and introduces internationally leading production technology and production lines into the production process of the entire core components. It is understood that the European-Italy Engine Company has 10 internationally leading diesel engine and transmission production lines, with an automation rate of 97%, and an engine can be produced every 46 seconds after being put into production. This high-efficiency production capacity is second to none in China.

In terms of engine manufacturing, Euro-Italian engine and Italian VM company in-depth cooperation, the introduction of absorption of the world's leading engine technology, and afterwards independent research and development, at present, the Euro-idea engine company developed a 1.5L-3.0L clean diesel engine, its The power is significantly higher than the 45Kw that the country encourages, reaching 55Kw, and raising the torque up to 155Nm, all reaching the international advanced level.

At the same time, in order to be able to have a complete power technology, Euro-Idetech Engine Company has also developed an automatic transmission in cooperation with German ZF. It is understood that the Euro-Yide transmission uses an electronically-controlled shifting system that is intelligent, energy-saving and environmentally-friendly. The road conditions, smooth shifting and other characteristics, and has a wide range of vehicle suitability. At present, only the automatic transmission products of the European-Italian company in the domestic market can be applied to high-end vehicles, filling the gap in the domestic automotive market. 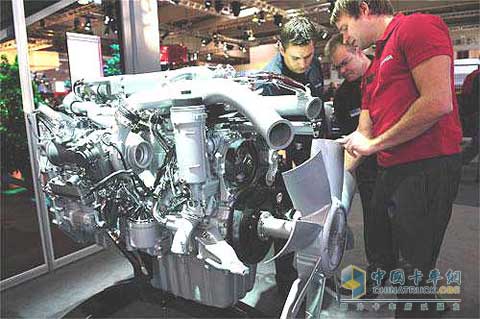 It is understood that the European-Italy engine uses the world's leading Bosch (BOSCH) electronically controlled high-pressure common rail fuel injection system, so that the engine's combustion more fully, but also to achieve environmental protection while saving fuel. At the present stage, the Euro 1.5 engine oil diesel engine developed by Euro-Idetech has reached the Euro V emission standard, and has outstanding performance in terms of low fuel consumption. The fuel consumption per 100 kilometers of 1.5L engine is only 4.5L, 2.0L engine 100 The fuel consumption of only 6L and 2.5L/2.8L engine is only 7L. The Euro-Yide transmission through a compact internal structure, reduce the weight of the transmission, but also effectively reduce the transmission loss, not only can improve the smoothness of the shift, but also can greatly reduce fuel consumption, and further enhance the economic efficiency of the European-Italian transmission.

It is reported that after the debut of the auto show, the first 2.0L engine of Euro-Ideland will be fully off-line in June this year, and the 4-speed transmission will be first produced in September.