Experts confirmed that the site of Inner Mongolia is the Guangde Hall of Yinshan Palace in Northern Wei Dynasty. 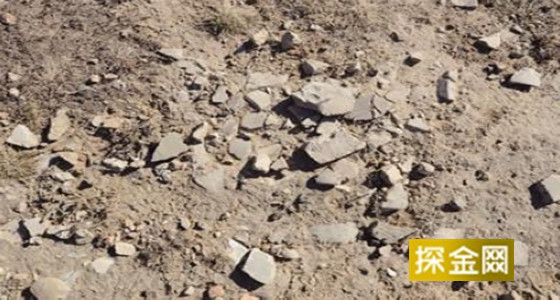 Phoenix News, the reporter learned from the Inner Mongolia Institute of Archeology that the author of the "Water Sutra Commentary" Ruan Daoyuan followed the Wei Xiaowen Emperor himself and clearly recorded the ruins of the Northern Wei Dynasty Yinshan Palace Guangde Temple recently discovered by archaeologists in our district. In the past, people believed that the ruins of the Guangde Temple in today's Tuzuo Banner of Jinzuo Temple had solved the mystery of the Wei and Jin Dynasty.

During the third national cultural relics survey, members of the Wuchuan County Cultural Relics Management Office newly discovered an ancient city site at the northern side of the Shushudian Village in Halahe Township, which was named Gushudian Ancient City. Because there were a small number of tiles spread over the surface of the ancient city, when the members of the census logged in to the city site, they were initially identified as the Jinyuan period. In early November this year, the Inner Mongolia Autonomous Region Great Wall Resources Survey Project Team at the Institute of Cultural Relics and Archaeology of the Inner Mongolia Autonomous Region carried out a survey on the ancient city of Shushudian in the field survey of the city of Yongcheng along the Great Wall of Qin and Han Dynasties in Wuchuan County. The ancient city is located on the southern slope of the low mountains and hills, and is bordered by the Shushudian River (called by the locals as the black cattle ditch) in the south. The hillside of the Yushudian River is high and steep; the ancient city walls are built on the mountain and the built earth walls are tall and solid. There are horses, piers, and other ancillary facilities on the walls; there are few relics scattered on the surface of the city, including gray sherds, tiles, etc., among which the tiles have plain walls with outer walls, inner walls with cloth patterns, and the front edge of the finger pressure water ripples. Slate tile. This kind of front edge finger-pressing water ripples is typical of the Northern Wei period!

According to Zhang Wenping, after the Northern Wei Dynasty moved its capital to Pingcheng, several emperors of the early Northern Wei Dynasty still had to visit Monan and the Yinshan region almost every summer. The reasons are mainly the following two points: On the one hand, there were high-vehicles, Rouran and other hostility on the northern grassland. The tribe need to inspect the safety of northern Xinjiang and protect the old capital, Jinling and Jongmiao in the present Tumote Plain (called â€œYunzhongchuanâ€ in the Northern Wei Dynasty); on the other hand, it also relates to the Xianbei people as a nomadic custom. Livestock chase aquatic grasslands and carry out large-scale hunting activities. In the middle period of the Northern Wei Dynasty, the North Tour evolved into a fixed "Yinshan but Frost" custom, but as the degree of Hanization deepened, the frequency of the emperor's North Tour continued to decrease. In the late Northern Wei Dynasty, due to the decline of the central government, the emperor's northern tour was never seen again.

Located in the north of Yinshan, Guangde Hall is built by Taiwu Emperor Tuoba during the Yinshan period. "Wei Shu" refers to Guangde Hall as Guangde Palace. It is recorded that it is located in the north of Yin Mountain. It was built for the Emperor Taiwu Emperor Tuoba in the three years (442 years) of Taiping Zhenjun. After the palace was created, it was coincidentally that Yang Nan, a post-Chou Chi Guoguo monarch who had been killed by the Southern Song Dynasty and Liu Song, sought refuge and named the palace as Guangde Gong. Later, Tuoba Zhenjun was impregnated in Guangde Palace for six years and nine years.

Historically, Emperor Xiaowen Di Tuohong Yu Taihe eighteen years (494 years) touring Yinshan and four towns in the north, is the last time the Northern Wei Emperor visited northern China. At that time, the author of the book â€œWater Sutra Notesâ€ was one of the followers of the Emperor Xiaowen, who was lucky enough to be lucky. He witnessed the grandeur and grandeur of the Guangde Hall in Yinshan. In Daoyuan, the location of Guangde Temple was first recorded in Shuijingzhu River III: â€œThe Manggan River is watery and west, and the water is discharged from the northeast mang of Huaibei Town, and the south stream is located at the west hill of Guangde Hall.â€ The shape of the Guangde Hall was wonderfully depicted: "The house is built with four notes and two buildings, and the temple is a picture of strange animals and strange animals. In the northwest of the temple, the temple was carved and carved, and the ancient greenhouse was acquired. Also, the last mention of the monument of Guangde Palace standing in front of the temple was written by Cui Hao: "Cleaning the Emperor Road, rejuvenating the four wastes, there are quite a few things, since then, no one is convinced and reinterpreted. , Weinan Qin, converged and imprisoned, Qiu Guangde, and phoenix."

Zhang Wenping believes that the "Shui Jing Zhu" recorded in the plug water, generally considered to be mainly through this Wuchuan County, Tumutuoqi territory Wanjiagou water, in the Wuchuan County, the upper reaches of the area also known as Zhang Shudian River. The source of Yushudian River is in the Miaogou area of â€‹â€‹Wuchuan County, and the township of Huaibu Township in the Northern Wei Dynasty is the ancient city of Bailing Township in Guyang County. There is a certain distance between the two. However, after all, the temple ditch is in the east and the Northern Wei Dynasty is pregnant. In the West, you can also reluctantly say, "Sue water out of Huaibei town in Northeast Mang." The ancient city of Zhangshudian is located on the north bank of Zhangshudian. However, from the general direction of Zhangshudian River flowing from north to south, it can be said that it flows through the Xishan Mountain of the ancient city of Zhangshudian. In the survey of the ancient city of Zhangshudian, the walls were roughly trapezoidal in shape, showing the walls of the eastern wall, the northern wall, and the western wall. The south wall was the cliff and the Yushudian Village, which was the main distribution area below the cliff. body. The eastern wall and the middle of the western wall are curved. The eastern wall is 370 meters long, the northern wall is 210 meters long, and the western wall is 490 meters long. There are two horses in the south of the east wall and the west wall. In the eastern section of the North Wall, there are two rammed earth pedestals, 25 meters apart, similar to gate piers. There is also a pier at 25m to the north of the west side of the pier, and a funnel-shaped depression at 25m to the north of the pier at the east side. The rammed earth marks can be seen on the subsidence wall. It was initially speculated that it should have been a pier building. Flooded for the flood. The southern sides of the two piers on the city walls were destroyed by excavation and exposed a large number of fragments. The four pedestals appear to be the remains of a building, or the old site of Guangde Hall. Guangde Hall â€œFour Notes and Two Summersâ€ is an imperial building with four sides and is a royal architectural paradigm. These four earth-built pedestals, or the four pillars that support Guangde Hall. The ceiling and the algae wells in Guangde Hall are painted with images of strange animals and animals. In the northwest direction, there is also a ancestral temple that looks like an ancient greenhouse. The ancient city of Yushudian is high in the north and low in the north, and the northwest corner is the commanding height of the whole city, forming a natural flat platform. The ancient temple was originally built here.

Zhang Wenping said that in today's Yinshan Mountains and the Tumote Plain and Wulanchabu grassland on both sides, there are a large number of remains of the Northern Wei Dynasty, including the old capital of Shengle, Yunzhong Palace, Jinling and Jongmiao, and six towns. The military town and the Great Wall include the Agongtou Hall, the Guangde Hall, and the Yinshan Wutai.

Some of these archaeological sites and archaeological and historical studies have found accurate sites. Some of them are still unknown mysteries. The most famous are Jinling. The discovery of the old site of the Guangde Palace opened another mystery to the archaeology of the Northern and Southern Wei Dynasty. However, for its specific and in-depth study, it requires the further efforts of archaeologists.